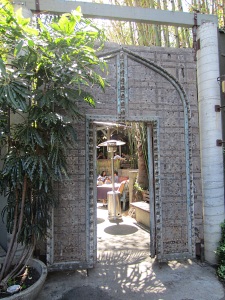 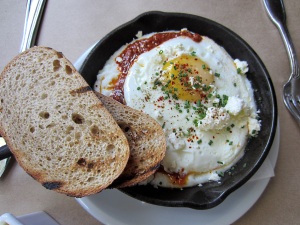 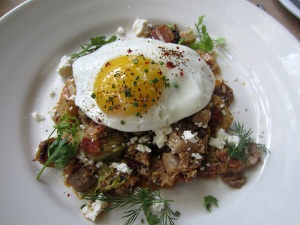 We went to brunch to this scenic restaurant in Silver Lake. I really liked the cool door and the cozy environment. Service was efficient in the beginning, but it slowed down and we had to ask for a refill on the coffee. We shared two dishes. The Creamy Grits was very flavorful because of the Chorizo, Bacon and Piquillo. The Cilantro and Cotija balanced the dish and the Egg added richness to it. The Pork Belly Hash Bacon was less successful but was very rich. I would have liked it more if the Potatoes, Brussels Sprouts and Pork Belly would have been roasted or sautéed longer to give it more depth of flavor. Their dessert menu looked interesting but we had plans to stop at Carmela Ice Cream later on.